Choosing a perfect wedding gift is the most hectic and mind boggling task there is, especially if you are the parents of the bride or groom! Being the parents, you feel that your gift should be special and unique; one your child will cherish for the rest of their lives. It has to be something worth their ‘big day’. While getting a simple gift from the gift registry will help the couple but it is an absolute no if you’re the parent. What people have forgotten is the reason behind giving gifts. A wedding gift should be a memorial gift. One that the couple can look at even years after their marriage and it’ll still remind them the very day they were tied in holy matrimony, the day when it all began. One that’ll make them relive the memories of that special day. A simple gift from the gift registry is incapable of doing just that. Such a gift for your child that you so lovingly nurtured into the person they are today is irreplaceable. But what can you give them; something that’ll last a life time, that’ll endure through the cruelty of time, something that triggers all the memories of that happy day. Does such a gift even exist?

Well, fret no more! For we at the Agape Albums bring you exactly that! A wedding album perfectly fits this criteria. But not just any wedding album that’ll rot away with time, rather one that’ll triumph against everything. The best wedding gift idea for parents is a flush album. Its glossy and luxurious finish gives it a unique look instead of all those other albums that hold no anchor. It is the perfect home to preserve all of their memories in. They are elegant, durable, beautiful and also help maintain the important moments in their life as vivid as ever. They offer the addition of panoramic pictures which otherwise usually get distorted in the guttering of the pages. The paper quality is unlike any you’ve seen before. The quality of our Flush Albums excels in every possible way. It is made to last a lifetime, rather generations. We offer you the perfect gift for the most reasonable prices. Choose all the pictures you think will make their hearts flutter once more, that’ll bring back the magic and rollercoaster of emotions they felt on that special day. Choose Agape Flush Albums, you’ll never regret it.

As you are getting ready to tie the knot and spend the rest of your life with that amazing person, there is a need to keep beautiful memories of your wedding. This is a significant moment in your life that you will cherish and want to show off to your grandchildren. Regular photo albums are good, but flush mount albums are the best. Flush mount albums are synonymous with high-end weddings and are custom made by boutique binderies.

What makes an album flush is the seamless end of the photos. Only a single picture is printed on sides of the same album without any border alignment, resulting in a durable and beautiful build. The distinctive difference between a flush mount and regular photo albums is the hand mounting of the inner substrate made from real halide photo paper. As a bride, you will never want to have a photo album that cannot stand the test of time. Interestingly, according to a survey, only 30% of brides have a knowledge of flush mount album. Let’s make you see reasons why you need to go for a flush mount album.

Yes, you will love the flashy and attractive covers of a flush mount album, but the main advantage is the strength, tightness and a superior core which is absent in regular photo albums. This is just like a tip of the iceberg, look out for the color, paper, binding and the texture of the paper.

The Thickness Keeps it Together

The thickness of flush mount album makes them a lifetime items that will not go tattered. Unlike press printed books that look like magazines, flush mount albums feel like a brick. Well-built and arranged to stand together as one. With the weight, there is a robustness with a well-crafted album.

You remember the annoying way your school notes and album get wrinkled at the edge? That will never happen with a flush mount album. Go look at your family albums that are not flush mount, you will notice the wrinkling at the edge. Flush mount albums will never bend, they retain their original shapes even after a decade of use. Unlike press printed albums, the flush mount will not bend or lose shape.

Carefully Crafted to For Rigidity

It is an album and visitors will always request for it. Even if they don’t, you will offer to show them your memories. This means that many hands will touch it and will be subjected to rigorous handling. However, a flush mount is built to be rigid and this will help to preserve for a long time.

The lay flat design of flush mount albums gives you a panoramic view of the pictures. Images will not be lost in the bulging nature of printed photo albums. Images get lost between the gutter of a press printed albums. 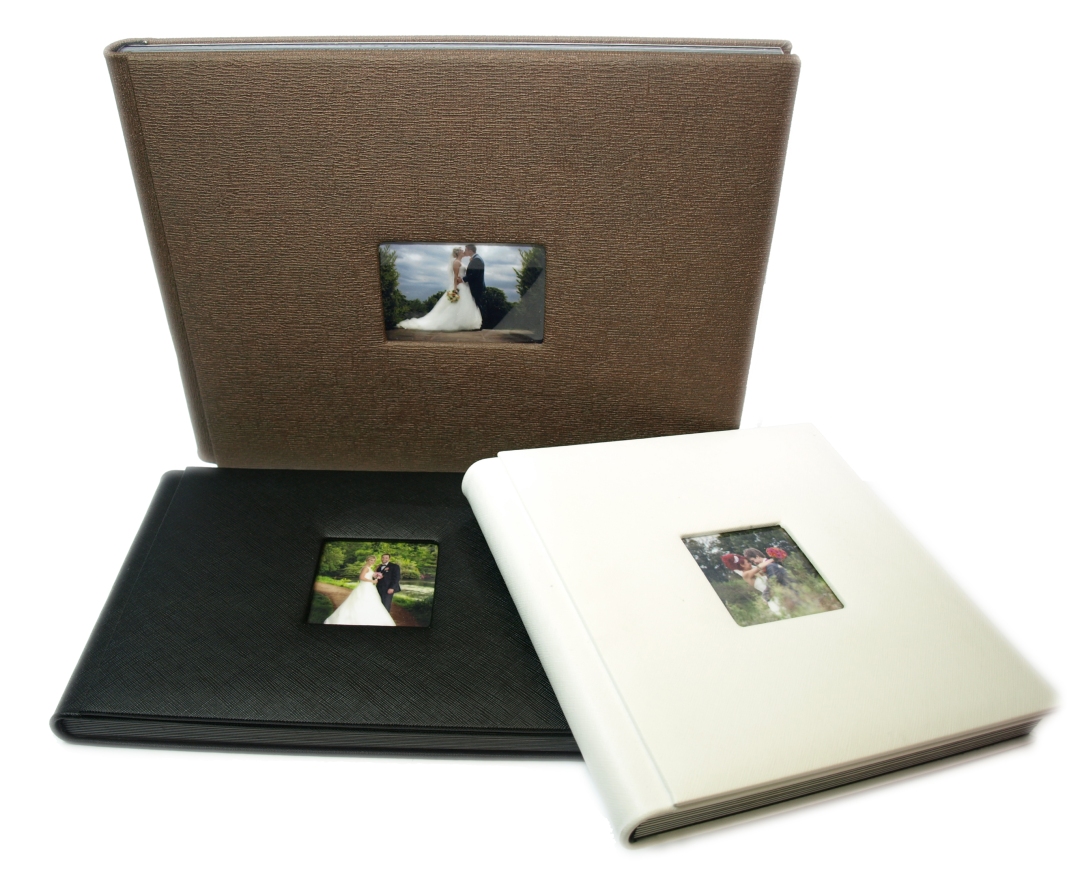 One of the things a soon-to-be-married couple has to do is to pick the style and type of their wedding album. In general, when deciding on a book to put your photo memories in, you have two styles to choose from: matted and flush mount. Which one is better? The answer to this question isn’t simple; it depends on your own personal taste. Let’s take a look at major characteristics of both album types to make it easier for you to decide.

Matted albums are characterized by “old school”, more formal feel. The photos sit recessed into the album page, surrounded by a thicker matte paper and they look like printed photos in matted frames. Since the mattes are usually hand-cut and laid over the photos, a matted book can display as many photos per page as you want. Bespoke Flush Mount albums have a more modern feel; multiple photos are graphically designed onto pages, which are afterwards permanently dry-mounted into the book. Check out Agape Albums to get the better idea about bespoke Flush Mount albums.

A matted album is classically elegant with attention to detail; the paper is of a distinctive weight and texture which makes these albums both a tactile and visual keepsake. Although they can hold as many images as you would like on each page, they usually display fewer photos and that can force viewers to appreciate each photo individually. For this reason, most photographers still prefer matted albums.

Similar to a magazine spread, flush mount albums are designed to showcase multiple photos. The photos are the pages, there’s no matte around them. If you choose this type of a wedding album, it will not limit you to certain photo dimensions (such as 5×7 or 4×6). Designers prefer flush mount books because they provide enormous flexibility and freedom. It’s possible to tie in a monogram or text, or whatever design element you want, with your wedding colors or theme to bring all important wedding design details together.

So, if you opt for clean, modern lines, a flush mount album would be an ideal choice for you.  Those who like classic style with nostalgic feel should, however, choose a matted book.

We make designing your album simple but how do you choose which images to put in your album? That’s the important question.

It can be tricky if you don’t already have an eye for design but hopefully with this quick guide, you should be able to choose your images in no time at all.

By creating a folder just for your album images and copying the files you’re thinking of using into the folder, you can really get a good idea of how the images will work together. Do they look right sat next to each other?

Using images with a similar style and similar editing, will look so much better than images that just don’t match. If you have a few photos that are bright in colour next to a few photos that look quite desaturated and then a couple that are black and white, it’s not going to look quite right. Even if you have mismatching styles, try not to put them together on the same page.

You can only fit so many photographs on so many pages, so when it comes to choosing the images for your albums, be harsh with which ones you cull from the selection process. Pick your absolute best photos and save the others for prints or a second album. After all, albums are what we typically show to people or display, they should include the photos we love the most!

Tip #4 – Put them in an order that makes sense.

This is especially the case if you’re creating a wedding or family album. Putting them in an order that makes sense will help your tell the story that you’re trying to convey with your album. For example; put wedding images in order of when they were taken on the day, maybe put a few of the portrait photos in between to break it up, or if it’s a family album, perhaps put the images in order of the kids growing up.

These photos will last a lifetime, so you’ll want to make sure you’re happy with what you’re wearing even 20 years down the line. A good rule of thumb is to choose something timeless to wear and all wear clothes that compliment each other nicely.

Position your group photos in a pleasing way

If you’re taking a large family photo, be sure to have people standing in varying heights so that it looks nice and casual but everyone’s face can still be seen.

Get real emotion, real laughter, real funny or sweet moments. These you will cherish the most!

The greatest thing about having family photos, is documenting the kids as they grow up. Instead of telling them to say cheese, or look at the camera and smile nicely, just let them play. Let them be themselves, jumping in muddy puddles, chasing bubbles, running around playing tag. It’s all worth documenting.

Use a shutter remote or self timer

Every family has the ‘photo-taker’, the person who takes all the photos and never gets to be included in them. Use a self-timer or a remote shutter release, preferably with a tripod to keep your camera steady and get that photo-taker family member in those pictures.

You could do a 52 week challenge, where you take a family photo every week for a year to see how much you’ve all changed. Taking them outdoors will also show the different seasons through the year. 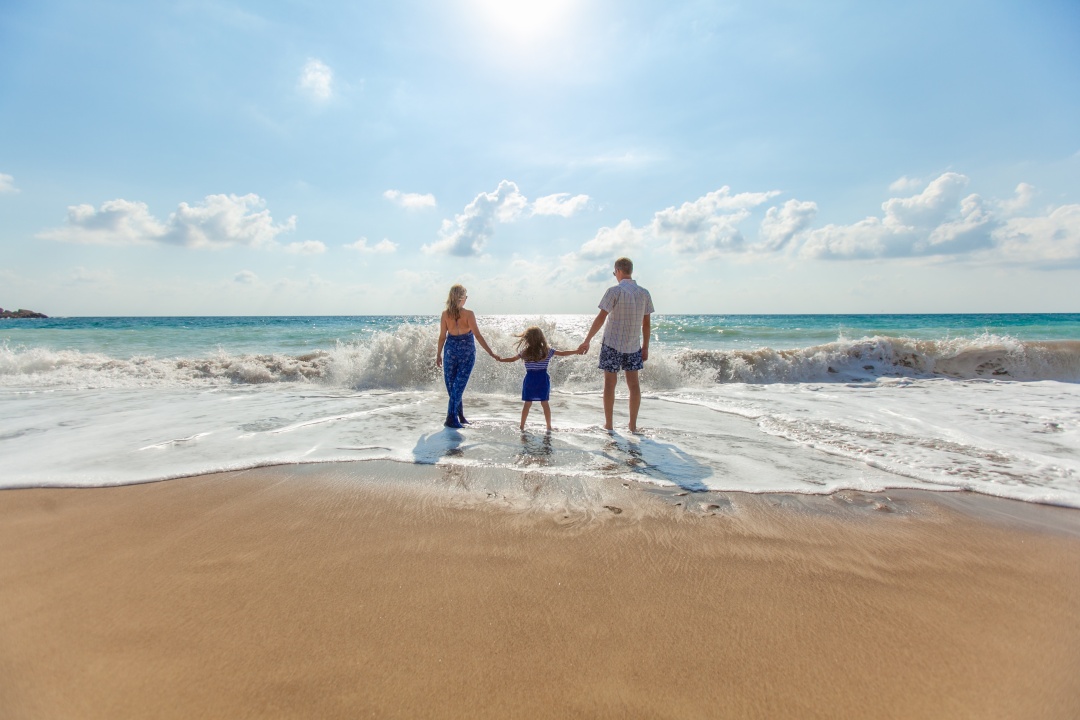